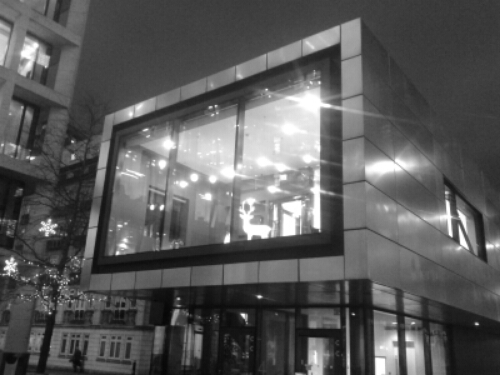 CHRISTMAS! Well, maybe not Christmas just yet, but perhaps the start of the period where it is acceptable to be seen to be getting more in the festive spirit.

I seem to already be halfway there. I’m pretty sure I’ve been eating mince pies for a couple of months now. I even saw Father Christmas at the weekend. He was dressed in green, not red, very much the anti-Coke Santa, and the pro-Victorian Santa. He explained that some people used to call him Captain Christmas, which to me sounds like the best superhero ever. Also, there was apparently a lot more yelling of “Wassail!” back then.

Today I popped into a church, running short services for commuters. I figured I should at least acknowledge the religious part of the season before I descend into the evil consumerist mire.

The minister talked about this being a good time of year for starting a conversation. So, how have you all been?