Nearly the end of the decade, although it doesn’t feel like it. I can’t tell whether it’s my age, or the age I live in, but this decade doesn’t feel like it has the shape or feel of those of the last century. I’m not sure in thirty years I’ll be able to hear a piece of music or look at a photograph from this time and be able to identify the decade, where I think I could do that with the 1960s or 1980s, say.

CHRISTMAS FESTIVITIES WITH THE LABOURING POOR

On Wednesday the labouring cottagers of the village of Picardy, situated between Abbey Wood and Erith, contiguous to Belvedere, the seat of Sir Culling E Eardley, were gratified with an unusual entertainment. The whole of the villagers were invited by Mr Wm. Richardson, an official gentleman in London, and who has recently taken Picardy House, to dine with the family. The party sat down at one o’clock to the good old Christmas fare of roast beef and plum pudding, the host and hostess presiding, while the younger branches of the family waited upon the guests. The beverage was a modest supply of the best brown stout, and an unlimited quantity of tea and coffee. After dinner only three toasts were given by the host: “the health of her gracious majesty”; “the healths of Sir Culling and Lady Eardley and family” with a few remarks in reference to the deep interest which the latter took in the welfare of the neighbourhood, and the exertions which they had made to improve its moral and religious condition, and “health and happiness to the villagers of Picardy.” Mr Richardson, in proposing the latter, alluded to the Heavenly message of “Peace and Goodwill,” as referring to every village, and that it was in the power of every cottager to do something towards promoting the same. The family then retired, and left the party to enjoy themselves for the rest of the evening. It would be difficult to describe the feelings of gratification of these poor villagers, several of them very aged, at their meeting together, participating in the social comforts of life, with the sympathy and attentions of their more affluent neighbour; its effect in promoting happiness and kindness amongst them was abundantly manifest.

Peace and Goodwill to you all. May you enjoy some good old Christmas fare, and have a modest supply of the best brown stout.

It’s the most wonderful time of the year. Goodwill to all men. And women. A time when we get together with loved ones and old friends. A time for gatherings, parties. A time for retreating, to rooms with roaring log fires, decorations, song.

END_OF_DOCUMENT_TOKEN_TO_BE_REPLACED

May you all have a warm and welcoming home to spend time in this Christmas. 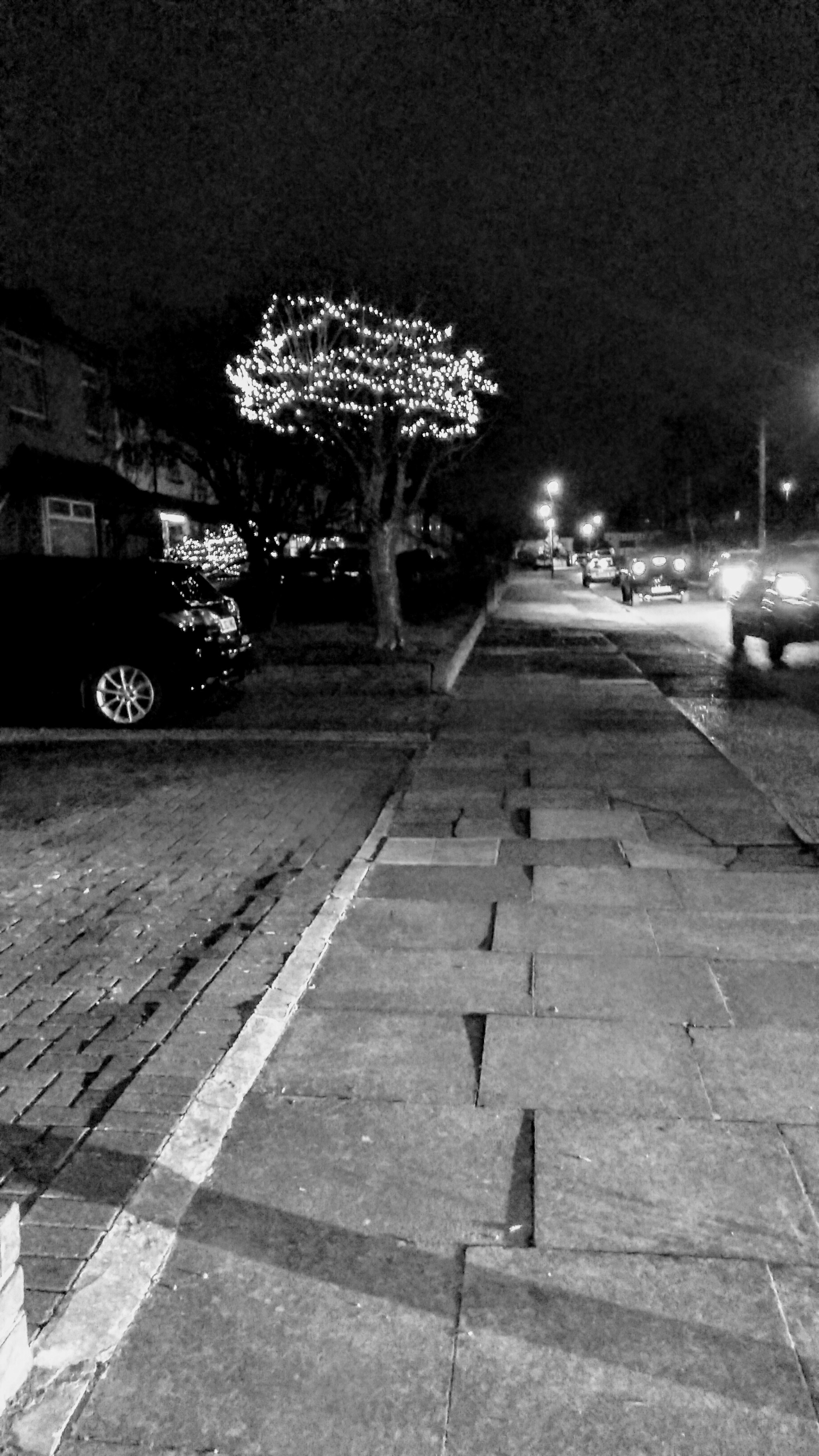 A day of Christmas shopping. I was very relieved to encounter an empty pavement on my way home.