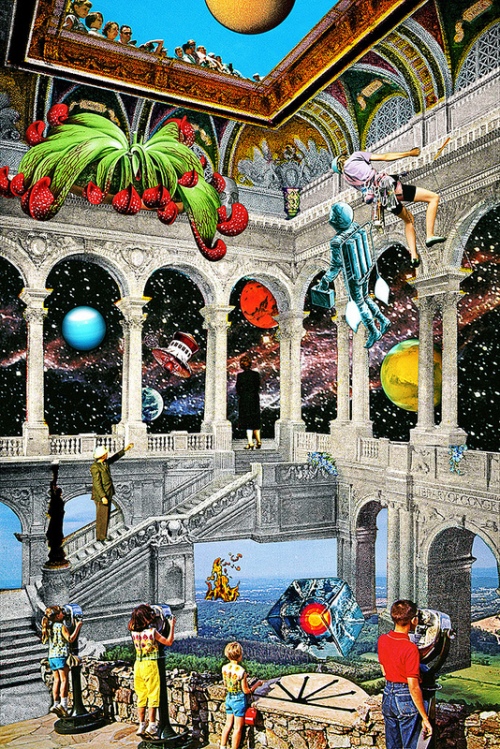 It is a point that has made before, and has no doubt been made in a more eloquent way, but the internet is full of people presenting something that someone else has actually produced. Much of what the internet churns out is essentially repeats of something that has already been churned out on the internet. I’m not getting on my high horse here, it is second nature for most of us. We share things on Facebook. We retweet. We reblog on Tumblr and WordPress. We embed videos and songs and photos from other people.

Take all this curation over creation to its natural conclusion and the internet becomes an eternal cycle of the same old stuff. Where years and decades and centuries were once marked by the movements of the sun and moon and stars, we’ll be marking time by the periodic revivals of All your base are belong to us and the Ecce Homo restoration. But while I can well imagine a future with nostalgia for past internet memes, I think there is probably enough new cultural detritus for us to discover/consume/share for some time.

And there will always be people out there actually creating new work and sharing it. Yet, what I have noticed recently, is there is a particular trend where even the new content I see isn’t that new after all. I’ve watched countless videos over the past few months that use old VHS footage as a starting point and play around with the colouring and re-edit them or splice them with other old videos. I’ve heard songs that sound like strange new ambient soundtracks but turn out to be popular songs played at an incredibly slow speed. I’ve seen images that are essentially collages, pulling together old kitsch photos with sci-fi stuff and bits and pieces that appear to have come from old textbooks. 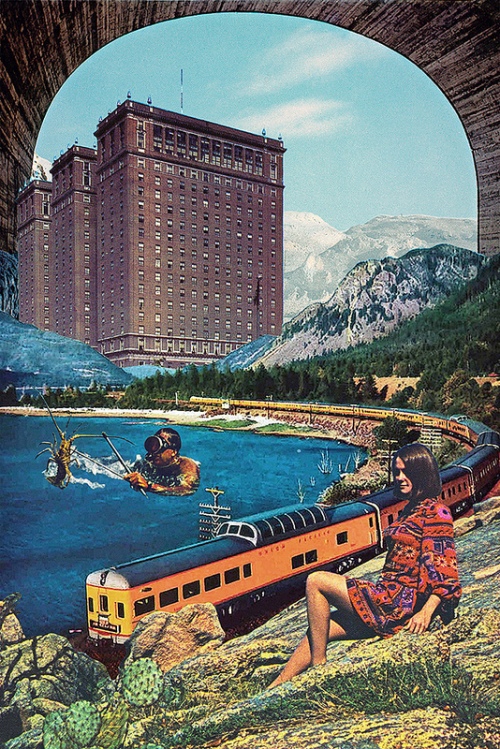 These items aren’t always empty for just being old works, reworked. Sometimes they hit that pleasurable nostalgia trigger. Sometimes they are moving. Sometimes they improve the original material they are built from. Obviously, sometimes they don’t hit the mark and look lazy or contrived. But that can happen with entirely original work too.

But why this trend of new work composed from old work? Maybe it is in keeping with the ethos of the internet, it is the sharing and borrowing and tweaking and reworking that is at the heart of social media, of freeware, of the Creative Commons philosophy. If we’re all sharing stuff anyway, is playing around with what we’re sharing just the next step? Is it making sharing more personal? When we share we are in a way telling the world how we want to be perceived. Personalising what we share just makes this more explicit.

Or maybe these artists are producing their own, original work, but feel more comfortable sharing something made from others’ hard work? One strange aspect of the collage scene on Flickr is many artists work entirely with other people’s materials, yet refuse to publish their work under a Creative Commons licence. The message appears to be “I’m willing to steal someone else’s work without attribution or recompense, but there is no way I’m allowing you to do the same with my work” which seems, at best, a little mean-spirited. I’m not for a moment suggesting collage or remixing require no skill. But if you’re happy to lift from others, why would you be so protective of your own creations?

Perhaps this isn’t a genuine trend. I may have a distorted view. There is an illusion of never-ending choice on the internet, when the reality is when we curate our own consumption we narrow our choices right away – we have certain habits, we listen to certain other curators and collectors. Even if we spurn our RSS feeds for good old-fashioned web surfing we’ll take a certain path and avoid others. Maybe I’ve inadvertently headed down the remodel/remix rabbit-hole. Maybe I’m making too much of a particular subculture, albeit an interesting one.

Of course, I should have composed this post entirely out of other people’s quotes. But I’m sure it has been done before, and when I initially explored trying it myself it turned out to be a whole lot of hard work for very little reward. I guess sometimes it is just easier to start something from scratch.