Every Cloud: My adventures as a delegate at a technology conference (Part One) 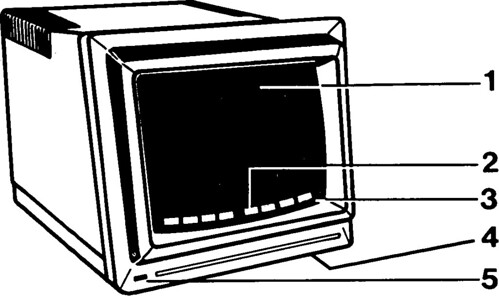 So, I’m spending the day at a conference on technology and things are not going well. Fundamentally not going well. Not going well in the sense that I can’t actually find the conference. The conference is being held in a large and prominent office complex. It is being hosted by a Major Technology Company housed in said complex. I can find the complex, but I can’t find the right entrance. There are at least four, by my count, and none seem to be the right one, nor do any of them actually mention their tenant who, and I can’t state this enough, is a Major Technology Company who really should be prominently featured around the complex. Although maybe there are security concerns. Or they just see this as the initial test – if you can’t find your way in, they don’t want you in there, polluting the minds of all the clever (I won’t say genius as I know that has connotations for a particular Major Technology Company and might give you the wrong impression, plus genius is a little understood and much overused term, right?) folk in there.

I finally gamble on a reception. Nothing ventured, and all that. There is nobody at the welcome desk as I walk through the doors.

“Er, sorry. Can we help you?” comes from behind me, two staff loitering by the doors, who both look very agitated at me entering the building. It appears that they would rather bark at people from behind than man the welcome desk, which as they aren’t especially welcoming seems as good a plan as any.

“You need the reception at the top of the escalator.”

I go up the escalator, and there is another welcome desk, slightly taller than the last one. This one has people sitting behind it. Progress.

“I’m here for the conference! On technology! It is hosted by the Major Technology Company!” I trill.

“You need the reception through that corridor, and to the left…”

I walk through the corridor and I appear to be within the Major Technology Company’s offices now, although they just look like normal offices rather than the Day-Glo adult playpen fantasia I had imagined. It all looks a bit run-down. I turn left, and realise I’ve made the wrong left. I back up and make the correct left and find another welcome desk, slightly taller than the last one, and the one before that.

“I’m here for the conference! On technology! It is hosted by the Major Technology Company!” I trill. Again.

The guy manning the desk doesn’t look impressed. He also looks a little confused. I can see the Major Technology Company’s logo everywhere, but that seems to be the part that most confuses him.

“I think it might be there.” He points to a table. Not a welcome desk. It is right by his station.

So, I’m at the table. The table for the conference. On technology. Hosted by, well, you know by now.

There are name tags. However, there is no name tag for me. I have visions of them writing my name on a scrap of paper and making me wear it all day, the ultimate loser at a conference badge – a sign that you’ve been forgotten, or didn’t register properly, or didn’t register at all but just turned up and hoped for the best.

Then things start looking up. They have a special name tag printer on hand. It takes an age to work, but it does work. I am officially a delegate. With a proper badge and everything.

There is no welcome pack. There are no freebies. Well, a printed out agenda and a pen, but I’m not sure that counts.

I’m directed to the tea and coffee. I’m then told the event is about to start and that we are not permitted to take drinks into the auditorium. So I just get to look at the tea and coffee, briefly, before I take my seat.

The auditorium is set out in a cabaret style, which is my favourite kind of conference layout as this is pretty much as far away as you can get from an actual cabaret. You wouldn’t catch Liza Minnelli here. I make the tactical decision of where to sit. Sitting near the back seems the best option, I can lay low and not get picked on if there are any interactive exercises. One table near the back is full of middle-aged men. These are my people. I sit with them. There are a handful of mini bags of sweets on the table. These are the freebies, I suppose.

I sit next to a guy called Leo. He has a friendly face and a good, trustworthy beard, not a trendy beard. We exchange pleasantries, ask where each other works. Leo then manages to relay an interesting anecdote that seamlessly combines both our organisations in an insightful and interesting way. Now it is my turn. “Sounds great!” is all I can manage. It appears that Leo is well versed in networking at conferences. Or perhaps he is just generally comfortable speaking in business situations. Or maybe he can just communicate with another human being. Something I am very much struggling with right now. “Sounds great!” I reiterate.

I’m saved by Denise, who is introducing the conference. Denise looks like she is wearing war paint. In the best possible way. She has the face of someone who has dealt with many a difficult keynote speaker in her time. Someone who can make anyone’s glitchy PowerPoint presentation bend to her will. She has been left with the warm-up slot. I enjoy a bit of housekeeping to get things started. There are toilets available, through the glass doors outside. However, there is a code to then get back through those glass doors. She doesn’t have the code. So, as things stand, you can go to the loo, but you can never return.

2 Comments to “Every Cloud: My adventures as a delegate at a technology conference (Part One)”