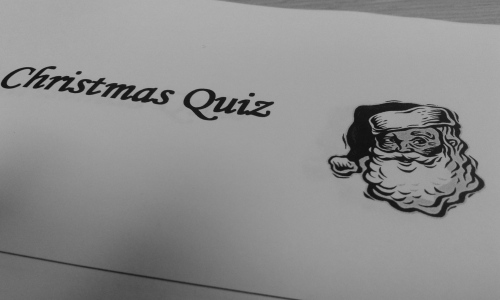 My particular role is hosting the Christmas quiz, the annual feature of enforced fun for the workforce. I fully intend to make the spectacle awkward, boring and difficult with the grand finale of several teams arguing over the validity of the questions and/or answers.

As a special blogging bonus, here is the actual quiz, so you can pretend to be at my work Christmas party too…

Round one – what Christmas songs do these lyrics come from?

Round two – who are these people we are describing, all born on Christmas Day?

Round three – can you tell what Christmas films, or films set during the Christmas period, are being described from these brief plot outlines from the Internet Movie Database website?

You are very welcome to post your answers, if you’re having a very slow day today. There will be no prize, but for the bragging rights on winning an online quiz. Which are pretty serious bragging rights, you know. But no cheating. I can tell if you’ve been cheating.