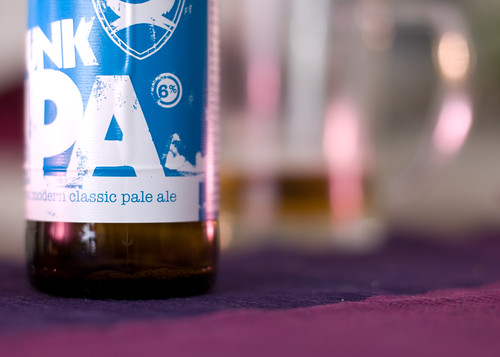 I was out on Friday with some friends, some reasonably new acquaintances. Towards the end of the evening I ordered a bottle of Brewdog’s Punk IPA. Hardly the most exotic beer in the world, but I’d had enough generic lager / bog-standard bitter for one night.

My companions had never seen this drink. They were intrigued. They all had a sip.

I thought it was pretty good, and had always thought Punk IPA was a pretty approachable entry-point to craft beer. It is not a challenging beer. Or so I thought.

But there you go. Some palates, for better or worse, aren’t ready for craft beer. Even the stuff you can now find in your supermarket.

And this isn’t a beer-snobby anecdote. It just made me realise that for all the growth in popularity of craft beer, there is still a long, long way to go before it is properly considered mainstream booze. All the more for me to drink, I guess.