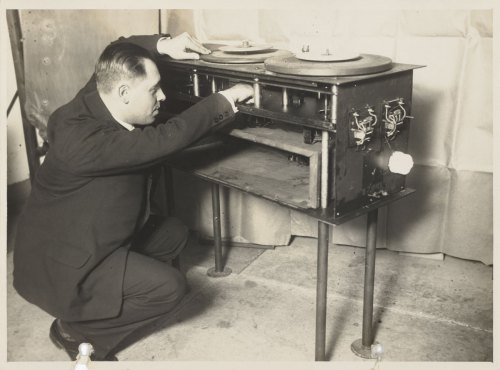 I thought I’d offer something of a musical interlude, to break up all my pretentious waffling. So, here’s the platters that matter folks – a few tracks from some much-anticipated albums. Well, much-anticipated by me anyway.

The first Lower Dens album is on my ever-increasing list of albums I’ve found on Spotify, would like to buy in real, tangible form, but just haven’t got around to yet. Funny how the internet changes out habits, eh? Anyway, this is from their next album and already feels like a big step forward. Nice motornik rhythm going on, so is an early contender for my Slave Ambient of 2012. Pretty soon I’ll get sick of the formula of guitar-y stuff with that kind of beat behind it, but Lower Dens have been canny in courting me before that sickness sets in. Good work chaps.

I think I’m looking forward to the new Lambchop record more than any other this year. It’s a hackneyed phrase (but when has that ever stopped me?), but on the evidence of this track and the other released track from the album this is a proper return to form. Not that Lambchop have ever really properly dipped in quality, but if everything is as good as these two tracks we could have a pretty special Lambchop album on our hands. Which is quite an achievement for a band that’s been around for what, 20-odd years?

And finally, a new track from a new project from Teenage Fanclub’s Gerard Love. Now, not only are Teenage Fanclub one of my all-time favourite bands, but Gerard Love is my favourite member. Sure, having a favourite band member is a little ‘teenage’ (Ha! Geddit?) but in my defence: 1. I first got into TFC as a teenager 2. With three band members sharing songwriting duties equally it kind of makes sense that I might like one more than the others. That is not to say I’m some sort of Gerard Love obsessive or anything. Or that I don’t like the other guys. Because I do. Well, anyway, this track is lovely.

Not a new one, but I’m on a bit of a National tip right now, and it’s my blog to put up what I want and veer wildly away from the point of the post etc etc.

You should tell me what new stuff you’re listening to, if you’re so inclined. I love comments, and I may even remember to reply to them. In the meantime I’m going to have a little think about how on Earth bloggers managed before they had YouTube et al to go to for filler posts…