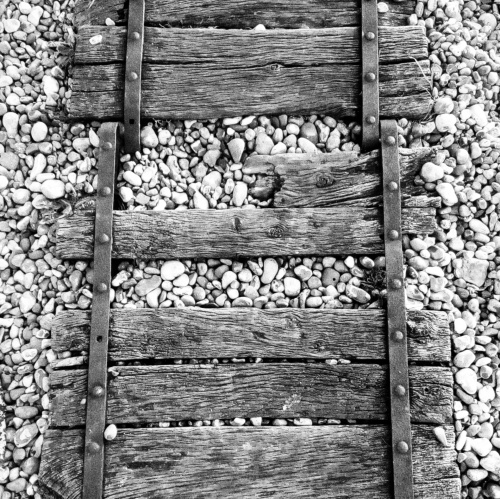 “Let’s go wait out in the fields with the ones we love.” – Heavenfaced, The National

“Civilisation still seems to be an unfinished task.” – Robert Walser

“It is necessary to be embarrassed a 1000 times to produce a good work. Get used to being embarrassed.” – John Berger

In the quiet, restless days that followed Christmas we headed down to the coast, less to escape any particular place, more to escape the year itself, its trials, stresses, successes even, and I suspect to hide from the year to come too, and whatever that might have in store. I have always been wary of a new year as much as I have my suspicions around years past.

We are by the coast, but it is guarded by a nature reserve before it. Slowly the markings on a map become markings on the mind. A place rather than just an idea. Memories. Memories misfiring.

I ran my way around the nature reserve, aware that this isn’t necessarily the best way to explore anywhere. Yet at this stage I just wanted to find my bearings, to map the outline of the territory in real terms before filling it in at another stage. This would prepare me for future journeys, future wanderings. I would know what I was getting into, and could concentrate on matters of place rather than matters of navigation, lose myself in the surroundings rather than just get lost. That I need to premeditate my drifts says something, I suppose. 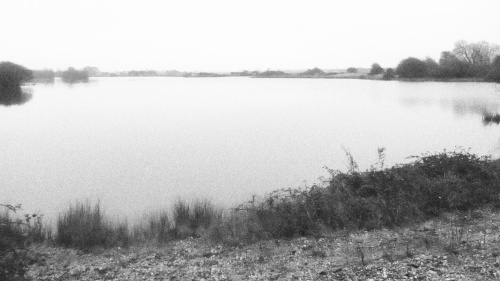 A fine rain added to the provisional nature of my exploration. Everything was blurred, a little fuzzy around the edges. I made my way across a field. On one perimeter lay a row of houses, their back gardens facing out on to the field. From one back door I saw a figure in a dressing gown, dragging on a cigarette, taking in the morning. Through the mist and distance I couldn’t make out who they might be – male, female, young, old. I felt quite uncomfortable in myself, in that I had taken the time to look at them and mull over their identity while they stood in the supposed safety of the threshold to their home. I then wondered if as their details remained imperceptible to me that perhaps the gaze was more firmly from them to me than vice versa. Maybe they could see who I was.

I had thought I was the observer, but in fact was now the observed, staggering, patched up knee, patched up calf, damp, unfit, not quite lost, but with each step getting closer to being lost. I was no longer mapping the landscape. Now someone was mapping me. I was an addition to the landscape. A small detail. I ran on. The figure kept smoking and, I imagine, staring. 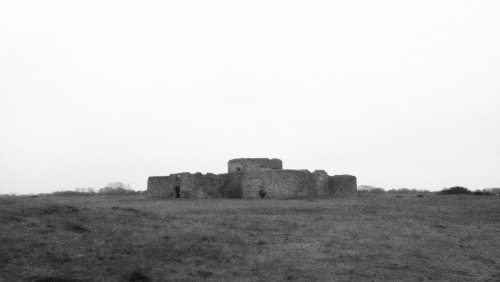 There is a temptation to project a sense of wilderness on your surroundings. An escape from civilisation (whatever that is), a return to nature. And yet the nature reserve teems with traces of humanity. There are the ruins of a castle, a World War Two machine gun pill box, both reminders of this being the first line of defence between sea and land. Here we were protected, yet in that protection we also acknowledge a fear. The fear of what might emerge from the sea. From elsewhere.

Farm buildings, cottages, huts, the old lifeboat station, hides for birdwatchers, the low fencing keeping the livestock in, or out. All of this punctuates the landscape, helps me to engage with it, begin to make sense of it. All this detritus, the preserved and unpreserved, gives a sense of the past. It would be easy to view these wetlands as timeless, but it would be wrong to do so, I suspect. We are reminded of what and who came before us.

It is also tempting to depopulate the landscape. I write as if I was always alone. And yet I rarely was. I was often with the people most special to me. And other people were almost everywhere. Dog walkers, cyclists, ramblers, families. These spaces are shared spaces. We all escape together. You can never truly disappear. 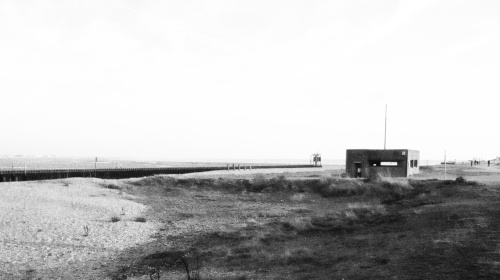 I take photographs and make sure nobody is in the shot. The camera lies. I want to capture the sense of openness, scale, beauty, and the feeling of being alone. We can still feel alone even when people are all around us, of course. And that sense seemed worth marking. I am not a documentarian. I tweak the photographs, add filters, drain them of colour. I want to capture a feeling rather than what was actually there. In words or pictures I’m always grasping, flailing, towards a feeling, as that seems more achievable than documenting reality, whatever that might be. These photographs could never replicate what is there anyway, there is no chance of capturing the sheer scale of the sky, or its burning reds, deep blues, the billowing of clouds, the endlessness of it all. I cannot take the pictures to do the scene justice, and cannot find the words either, falling back on “burning” reds, “billowing” clouds. I struggle towards articulation. Memory is not just the view, but the feeling I held at that moment too. I am not sure I can fully recall what I felt.

I am sure some of this is lost on the way. I pass these words and these photographs on to someone else, and they probably feel something different, if they feel anything at all. This could be frustrating, but I’ve grown to find it interesting. Memory morphs into something else. There is a joyful mystery in interpretation, and even in misinterpretation.

I stop by the visitor centre. I begin to learn the names of the birds – oystercatchers, avocets, ringed plover, redshank, lapwing. I can’t identify them, I don’t even know if this is the season for them, but I enjoy rolling their names around. It is reassuring. It is all part of filling in the detail.

I study the animal skulls, and the bones that look like skulls but are something else, something I can’t remember.

On the reserve there is a telescoping of mortality. All this was here long before us and will be here long after we have gone. And yet this timelessness is matched with a gentle, relentless erosion. Each wave shifts the coastline, to say they just “lap” the shore is to miss their power. This is no caress. 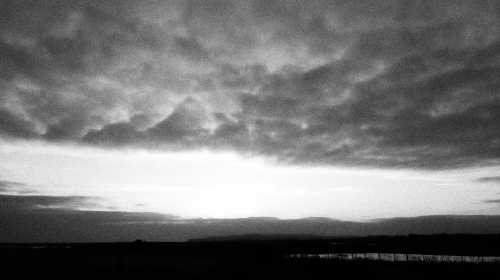 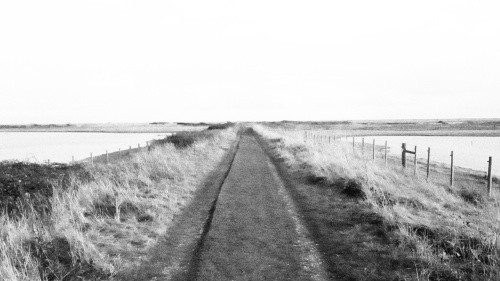