I thought I’d follow up on the discussion that took place earlier this week on how wonderful Fernando Torres is, alongside many other things, and highlight a couple more man crushes of mine. While I don’t expect this to become the next huge internet meme, if it does take off to any extent then maybe this could become a regular (fun?) feature.

To help, here’s a definition of ‘man crush’ from Urban Dictionary:

“The highest tier of a man’s love for another man, without having any sexual want towards the man.”

So, who do you idolise in the world of sport, who makes you sigh at their prowess, marvel at their skill, gaze at their cheekbones. Er, no. Not that last one. No. Never confused. Never. 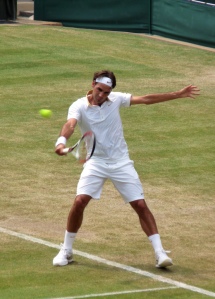 You could make a strong argument that Federer is the complete tennis player, and on his way to being the best ever. It’s incredible that despite that, and so much success, he seems so grounded. And here is also one dapper man. I think I first developed a full-on man crush on him when he wore a crisp white blazer when taking the field at Wimbledon. Such a wonderful nod to tradition – and such style! 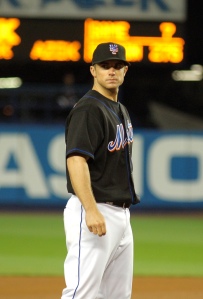 My main Mets man crush. Their best player, de facto team leader, and all-round nice guy. Just see his Wikipedia entry. I was very sad when I didn’t get David on my fantasy baseball team this season. Probably too sad. Maybe next year.

So, who is your man crush this week?

Federer by Squeaky Knees, Wright by Kidsire, both via Flickr