There may be a point, somewhere

So, it starts with an anecdote. Something small, something simple. It might relate to the author, if it’s that kind of article, or it might relate to some other individual. Then it broadens out, introduces the larger Issue, probes some Big Themes or whatever, then concludes with a cute little aside that wraps up the matter at hand in relation to the original anecdote. “And then I realised what grandpa had meant all those years ago.” Maybe throw in a neat photo or picture, that’s kind of retro or obscure or something. Make it look pretty. I mean, the photo may not even really relate to what’s been written. But it might make it all look more mysterious, or considered, or cool. You know the drill, that’s how these things work, right?

I’m guessing the more personal the better, especially on one of these freebie blog sites. The personal is our currency. We’re not real writers; we haven’t the skills, the tools, the tricks. Even if we’ve cracked the code for a particular style, it kind of comes across corny or like a dodgy pastiche of Real Writing or something. If we share Our Story we fit in with all those millions of cranks who blog, while also make our sub-par writing stand out. We’re all different! We’re all special!

Plus, we don’t have to fail at that proper writing.

Nobody wants to read you rehashing something they can read elsewhere from a pro. But they might be interested in your take, especially if you give a little, or a lot, of yourself away. Who doesn’t like a good look at how others live, especially if they can’t see you looking? Maybe we want that human connection. Or maybe we’re just voyeurs, or something else similarly creepy. Although reading blogs is pretty low-level voyeurism, as far as I’m concerned. “As far as I’m concerned” – now that’s a redundant phrase in my little backwater of the internet. That’s taken as read, right? 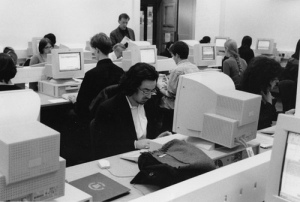 Well, you’d think so. See, I like writing. Here I am, getting personal, keep reading. I like how it gets my thoughts in order, gives them some shape. Quite often, I’ll read back my thoughts and find I’ve come to a different conclusion or standpoint than I thought I originally had. Sometimes I can’t tell if that’s because the process of writing down my thoughts has led me genuinely to a different conclusion, or if it is just the case that my writing is poor enough that I can’t actually accurately articulate what I mean. So, when I say “As far as I’m concerned” or “In my opinion” or any other similar phrase, I may not actually mean it. Sometimes I may not know what I think. Sometimes the writing clears my head. Sometimes it just confuses matters more.

Which is totally believable. How many people’s internal dialogue is illuminating and interesting all day, every day? Right? Don’t you think? Ah…the reassurance mechanism of the public-writing-blogging-thing.

But with so many people spewing out their thoughts via the internet we now have some sort of point of comparison for our own brain spewing. Where does our internal dialogue-stuff stand in relation to others? Are we generally more interesting than others? Or less?

I’ll stick to the internet here, as it is perhaps more democratic (in the loosest sense) than the real world (you can take the inverted commas for the real world as read, right? Otherwise this whole passage just becomes me waggling my fingers in that really annoying way some really annoying people do, each time I write real world, or “real world” as I should put it for this particular point. This really should have been a footnote or something, but then I worry about them too, but that’s a whole other story…). The real world people who spew out their thoughts amongst real, in-the-room humans, are the more socially comfortable ones. Or the annoying and overbearing ones. Plenty of people don’t speak up in the real world in the way they do on the internet. Plus, nobody really listens in the real world anyway. At least the internet fosters an illusion of people listening, even if it just through web stats and friend counts and followers and stuff, when in reality everyone looks at the pretty pictures, reads the first paragraph, then leaves. 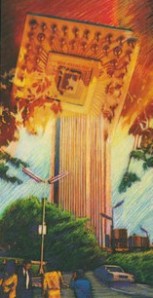 So, anyway, back to finding out how interesting we are. Well, some people are so witty and quick and erudite and have shiny, beautiful web presences, and so we feel inferior. Is there anything more paralysing for an Internet Writer than a site/writer that does things really, really well? Y’know, with lovely black and white images, and clean, white space, and beautiful sans-serif fonts, and well-written, funny, thoughtful pieces. It should inspire. But the level playing field turns “That could be me!”-type hope and ambition into “That could’ve been me, if I hadn’t been so lazy, and if I had an ounce of talent, and if I made time to actually do this properly rather than dicking around all day”.

But then you get a comment, or a Like or some such bullshit, and suddenly there’s that feeling that You Are Doing Something Right. You’ve got one up on those guys without comments, or retweets or whatever. My heart flutters when I get a spike on this blog. Sometimes my motivation to write is not to get my tale out there, or to become a Better Writer, but is purely to get that spike and that heart-flutter. Tragic, eh? But how many people post a Facebook status, then check every five minutes to see if anyone has responded? More than would care to admit it, I imagine.

Is this a case of creepy internet-dom, or Evil Internet Addiction? Or is there some human wish and need to connect? Ever the optimist, or ever in denial, I’m going with the cuddly human connection answer.

As a kid I thought CB radio was super-cool, as it meant you could connect with people across the world. I never actually had it, but I loved the idea. I used to write and draw, but generally it was through creating comics or little newspapers or fanzines. They never got past my front door, but I was clearly focusing of media that is there to be shared. I guess the internet just makes that sharing easier.

Naturally, while we share and connect, we might not actually be doing that with our own genuine, true selves. I don’t think it is a coincidence that early internet engagers (for want of a better term for newsgroup/forum/early blogging-types) tended to use obscure handles rather than their real names. By keeping themselves relatively anonymous they could be whoever they wanted to be, and could hold back (or share) as much as they liked. Of course, now people seem more open. But pretty soon that Real Name becomes a Brand, and we’ve just got a more subtle form of manipulation and personal presentation going on.

Then again, who is really their true self all the time, everywhere? We all have masks. We all adapt to circumstance. We all like to present ourselves in a good light according to our audience.

But I digress. I’m aware this whole post is kind of a digression, but thanks for sticking around.

I like writing that brings order to thoughts. I don’t think this has achieved that. I don’t even know what this piece of writing is about. But it’s only the internet. We all spill our brains out here. While I like a certain precision in books, I think internet writing can get away with, and benefit, from being a little looser. Maybe it is because it is more human, more immediate. Maybe it is because we’re better taking a conversational tone, rather than an academic or literary one that just looks goofy on a website.

And I can always pretend I’m experimenting with the form or something. Even if, in reality, there’s nothing new or clever on display here. It’s just bad writing. And I don’t mean to say that as some kind of passive-aggressive (or whatever the right term is) tactic to get people commenting about how great I am. It’s just this is the sort of stuff that doesn’t really have a place anywhere except in some kind of obscure personal blog like this one, where the five readers might find some nugget they find worthwhile, or a point they can relate to, or might just read it and think, “Phew. At least I’m not that bad.”

That was my cute ending. Or maybe that was the last sentence (the “cute ending” one)? Or that one? Or this one? Etc. Etc.

9 Comments to “There may be a point, somewhere”